But it was Social Media/I guess that makes it alright - Veritas Communications
906
post-template-default,single,single-post,postid-906,single-format-standard,woocommerce-no-js,ajax_fade,page_not_loaded,,qode-title-hidden,qode_grid_1300,footer_responsive_adv,qode-content-sidebar-responsive,columns-3,qode-product-single-tabs-on-bottom,qode-child-theme-ver-,qode-theme-ver-10.0,wpb-js-composer js-comp-ver-5.6,vc_responsive 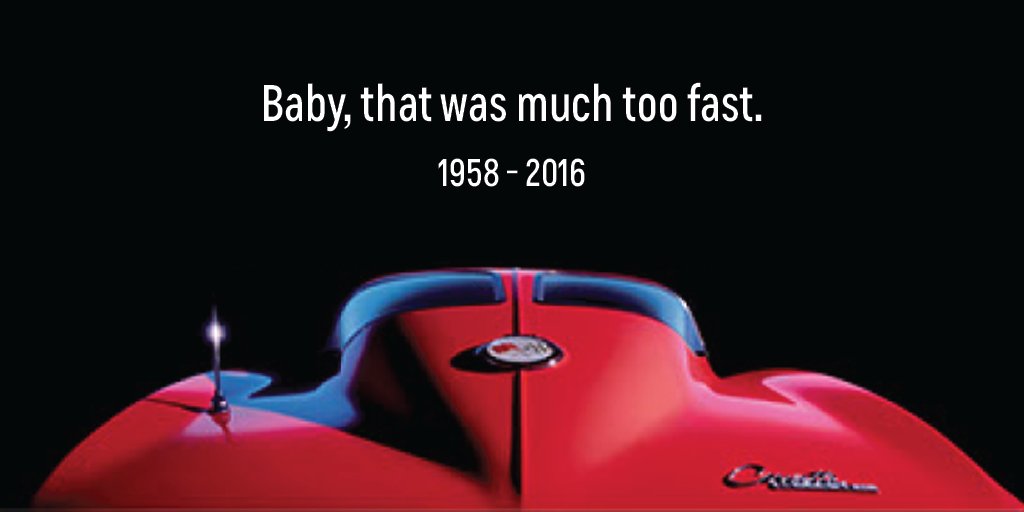 But it was Social Media/ I guess that makes it alright

At approximately 1pm EST on Thursday April 21st, news started to emerge of the death of the anomaly that was Prince.

All words that don’t do justice to one of the greatest artists of all time.

As is now the norm, the news broke on Twitter, and the outpouring of shock and sadness ensued. People couldn’t believe that Prince, who just last week was still performing and hosting dance parties at his Paisley Park compound, was gone. Twitter was the go-to outlet for fans to voice their loss, and since Thursday there have been over 12.8 million mentions of Prince on Twitter alone. When you include other terms such as ‘When Doves Cry’ or ‘Little Red Corvette,’ the number jumps to over 20 million. 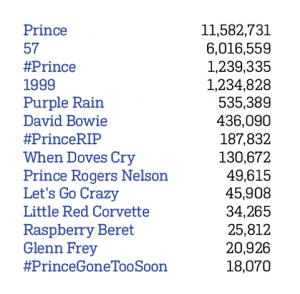 The reaction from celebrity fans such as Jimmy Fallon and James Corden are a perfect representation of how so many are feeling. Myself included. I was lucky enough to attend one of his surprise shows in Toronto at the end of March, and was once again blown away by his musicianship. I had seen him twice before, but never like this, just him and a piano playing to just over 3,000 lucky fans.

The last thing fans wanted was to have the social wake gate-crashed by brands, unfortunately some didn’t take heed. From 1 p.m., brands frantically assembled their “war rooms,” DEFCON 5 was called, “we have a social media emergency, assemble the agile teams, assemble the SWAT teams, drop everything, forget about deadlines and let’s try and capitalize on the death of an icon.”

In the immediate hours after Prince’s death, brands and agencies forgot that they are paid professionals who are leaders in their field and threw out brand guidelines, tool kits and any shred of common sense.  Social content began to appear with some vague connection to Prince, from Getty Images to Makers Mark and everything in between, fans had the misfortune of being force fed the worst type of branded content. 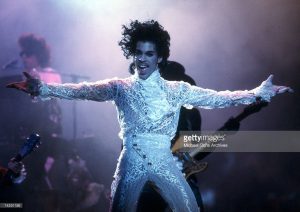 These brands showed zero compassion towards the fans and failed to understand Prince. Known for his creativity and innovation, brands lacked both of these traits in spades.

Since the infamous Oreo blackout tweet, brands have been like a dog in heat trying to find the next big moment. There is an unnatural desire to be always on, timely and relevant, however very few truly are. Brands also forget that the Oreo blackout moment was part of an overall larger campaign and was linked to a sporting occasion, not the death of a much-loved musician.

If a brand is looking to capitalize on the ‘next big moment,’ then it shouldn’t come at the expense of offending consumers. As a general rule of thumb, brands should ask themselves two simple questions:

If there is even the slightest hesitation to one of these questions, then brands should scrap the post and move on.

Thankfully, there was one brand that showed some smarts, common sense and empathy. Chevrolet, the makers of the iconic Corvette, released a simple, yet brilliant Tweet to acknowledge Prince.

There are many things that make this Tweet exceptional: it’s not too obvious, the blurred image of the car helping to place the focus on the copy, and there is no supporting copy – just what’s in the image, and the smart adaptation of the original lyrics.

However, the best thing about the Chevrolet post was that they had a right to be part of the conversation. ‘Little Red Corvette’ is a Prince anthem, and the connection between artist and brand goes back to 1982 – so Chevrolet was the perfect brand to pay tribute. What makes it better is that they did it with such style and class.

This wasn’t just a social media post, it was a perfectly executed piece of branded content that was creative and innovative.

Kevin Twomey is Head of Digital at Veritas Communications. Reach out to him at twomey@veritasinc.com or @KevinDTwomey