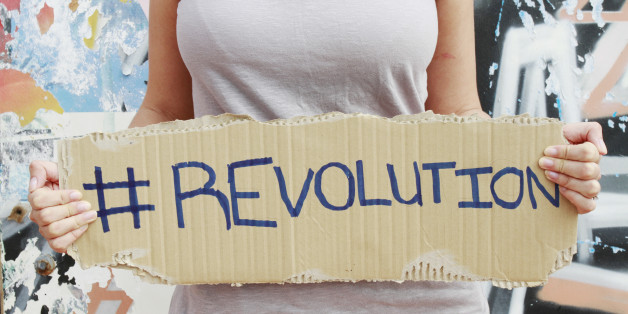 The People vs. Brand: A Lesson in Social Media Activism

Social media activism isn’t new. Over the past decade, it’s become a common way for people to join forces and for social movements to mobilize.

In 2010, we saw the first glimpse of its power in the Arab Uprisings. Often deemed the “Facebook or Twitter revolutions,” networks formed online were crucial in organizing young activists, promoting a collective identity and communicating to the rest of the world what was happening on the ground under the current government.

Over the next several years, various groups took to their smartphones to express their opinions and rally with like-minded others. On Twitter’s own 10-year anniversary, the platform published a list of the most used hashtags related to social causes. Two of the top three were, non-surprisingly, related to societal issues – #Ferguson being the most used social-issue hashtag in the history of Twitter, while #BlackLivesMatter was third.

The latter formed after a primarily white jury acquitted George Zimmerman of all charges associated with the shooting and killing of Trayvon Martin, an unarmed black teen. The result of this case led three women to prove that black lives do matter. Soon, #BlackLivesMatter extended far beyond a hashtag that was simply attached to social media posts about racial issues in the United States – it was now a social movement with tangible political and policy demands, with a collective motived to protest their government and hold their state or country leaders to be accountable to them. They weren’t just a hashtag anymore.

Today, we live in a world where this activism is more intense than ever, reaching much further than the confines of our government and where brands are an easy target.

Consider the case of the founder and CEO of Uber, Travis Kalanick.

Despite multiple allegations of sexual assault and discrimination allegations within the company to intellectual property lawsuits, Kalanick’s role at Uber looked relatively safe. That was just the way it’s always been – investors, boards and advisory committees have helped to safeguard top executives and company founders from public criticism.

This time, it was different. Each time there was a new scandal in the headlines, social media would ignite entire campaigns against Uber. When it was announced that Kalanick would join President Trump’s economic advisory council, widespread use of #DeleteUber erupted on social media and resulted in more than 200,000 Uber accounts deleted. The size and scale of the protest was immense, and the mounting pressure ultimately led to Kalanick stepping down from his position on the council.

Over time, the pressure from the people became too much for even a $6.5 billion Silicon Valley giant to ignore. Kalanick had to leave Uber altogether. At nearly any other moment in time, Travis Kalanick would likely still have his job.

But you don’t need to – allegedly – break the law to come under this kind of outcry. These social media-fueled campaigns are happening more frequently and are now one of the most powerful forms of consumer action people can take in shaping how brands behave.

But why now? Well, it likely has to do with the fact that an estimated 3.8 million households in Canada and 24.1 million in the U.S. do not subscribe to traditional televisions services. With more consumers cutting their cables, they are, in turn, not consuming as many ads. As a result, brands have less control over their messaging than they did in the Mad Men, mass advertising era. Sure, you could argue that these companies could just advertise on Facebook, Instagram, Twitter and the like, but social media is the people’s court – and it doesn’t matter what the ads have to say about a brand, it matters what we, the people, have to say about it.

In the same way that it has been used in political opposition movements, social media has given regular people a voice and a validation as a trusted source when it comes to their opinions on brands. Pepsi was recently forced to apologize for, and withdraw, its Kendall Jenner ad as a result of widespread condemnation among consumers on social media. Earlier this year, Kellogg’s also needed to pull advertising in response to social outrage, when it was discovered that the cereal brand was advertising on the far-right news website, Breitbart. Social media has given average consumers an activist platform to apply the same kind of pressure as they would on politicians, on companies – to force them to listen.

Instead of appealing to wealthy shareholders or investors, brands need to be making more decisions with their consumer audience in mind. Instead of hosting committees with white collar business leaders, brands need to invite social media to sit at the boardroom table. If companies want to be able to compete in this new market, they need to transform the way they do business.

Companies like Best Buy and NASCAR have already started to take bold steps to react to the demand of this new market, to be more customer-obsessed, and turn customer feedback into action. As a result, these brands are showing new signs of growth. Best Buy is focusing its efforts on its customer reviews and has taken a range of actions, including cutting expenses, aggressively matching competitors’ prices, and improving its own website, all based on the reviews themselves. NASCAR has developed a proprietary customer intelligence platform that captures fan insight from its viewers on an ongoing basis. These insights have led the organization to make significant changes in its core operations from improving game rules to launching a new car.

It’s clear that a customer revolution is underway. We’re no longer passive observers, we’re active participants. We are educating ourselves about products and services before ever engaging with a brand.

Social media didn’t invent resistance or discover injustice, but what is different about this movement is the ability for every day consumers to tell their story and to use it as actual power. In this environment, the people have equal, if not more, power than protectionist-minded business councils and profit-driven investors. Now more than ever, “the power of the people is stronger than the people in power” (Weal Ghonim) and I hope that this power continues to inspire positive change and education with brands.

That couldn’t have happened if not for the help of 140 very powerful characters.

This article was written by Account Manager, Digital/Social, Kayla Kaminski, a new member to our Veritas team. Get in on the conversation @VeritasComm on Twitter.