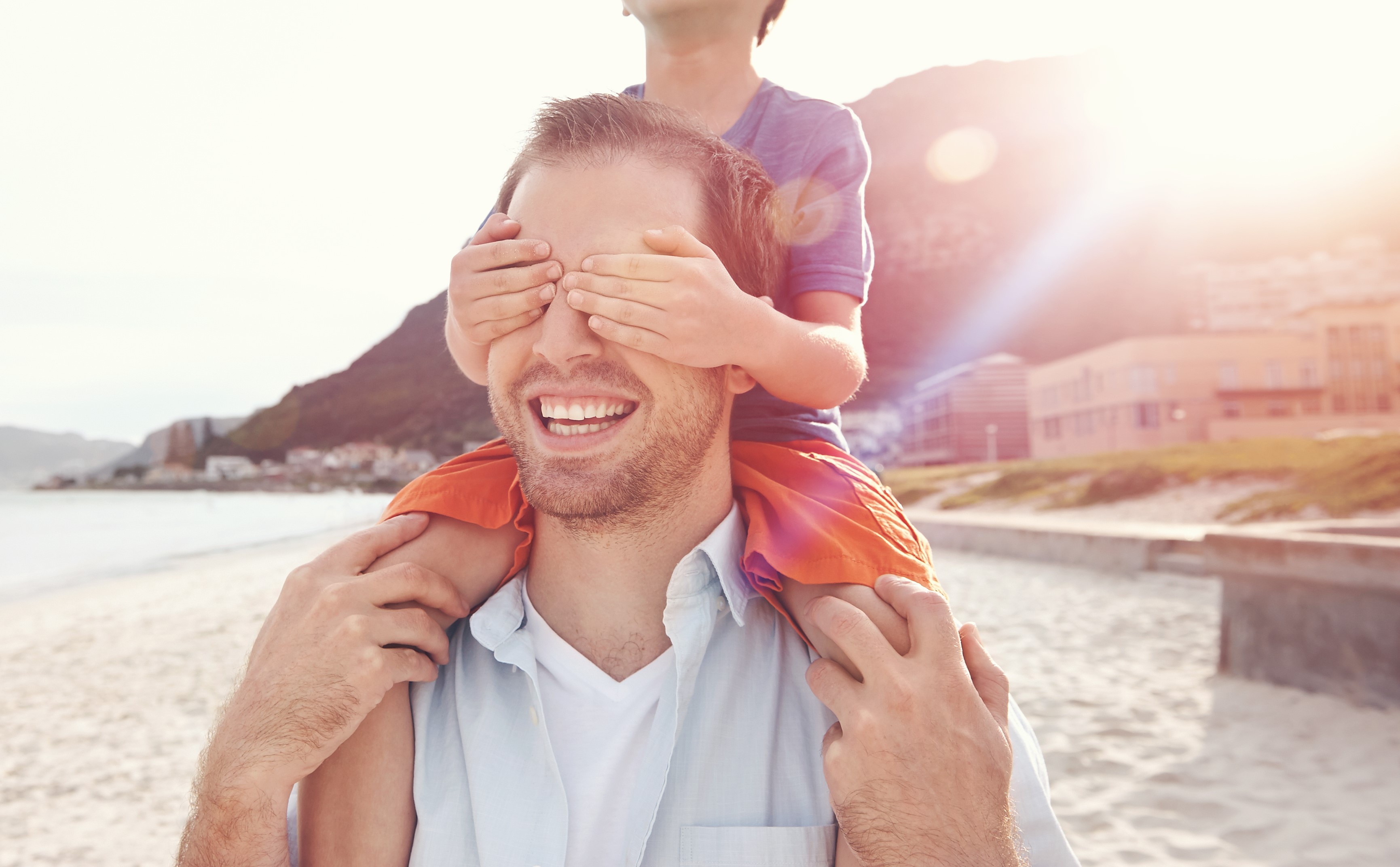 Chris Farley Ratcliffe is a Canadian dad blogger at DadGoesRound.com and a parent to three girls. Chris writes about fatherhood, kids and current issues, and has partnered with Veritas to cover the Dad 2.0 Summit in San Diego.

What is your story?

At the recent Dad 2.0 Summit in San Diego, more than 400 dad influencers and some mom influencers gathered to talk about storytelling and fatherhood. The conference was supported by a number of brands which support the evolving conversation about fatherhood in the United States and throughout the world.

As the title sponsor of the conference for five years, Dove Men + Care spoke about their work to reach men through ad campaigns that promote the message that #realstrength comes from men’s capacity to care. They are now moving into a campaign reaching out to sports fans with the message that winning is about more than stats and scoreboards. They brought Charles (Peanut) Tillman, retired NFL player, who spoke about how athletes are always presented as role models. The teams and sport organizations present the athletes as family men to demonstrate their character, and yet, when those family men prioritize their families over the sport by taking time to be at the birth of their child, they are criticized by media and fans alike. Tillman spoke about using his social platform for service, not status.

Peanut Tillman’s message of using his platform for social good resonated with most of the dads in the room. Fatherhood is changing and those of us with parenting blogs are telling that story and seeking to encourage further progress. In one of the sessions, Promundo released their new report on the state of fatherhood in the United States. In their report they indicate that over the past 30 years, American fathers have increased time spent with children during the workday by 65 percent.

The story of men as financial providers and women as primary caregivers is changing, with 60 per cent of American women in the workforce by the year 2000. Men want to increase the amount of time they spend with their children as caregivers. However, they face workplace barriers to doing so. In 1977, 35 percent of fathers in dual-earner families reported work-life conflict. By 2008, that number had increased to 60 percent.

Where do brands fit into this evolving story?

Some, like Baby Bjorn, have been focused on men as equal parents since the 1960’s. Their advertising has consistently included images of fathers wearing their children in carriers. KIA spoke about their efforts to change the perception of their brand and introduce it to more potential consumers through personal recommendations. They decided that one of the best avenues to achieve that objective would be through parent influencers who they felt were honest storytellers. In their experience they see dad influencers telling stories about fatherhood and including references to their products along the way.

A number of brands who were in attendance have created or are creating tribes of supporters. KIA has #KiaDad, Best Buy has #BestDads, Facebook #FBDad, Baby Bjorn #dadstories, Dove Men + Care #realstrength, Russell Athletics #Dadlete. These tribes of supporters are comprised of both paid ambassadors and unpaid enthusiasts. In all cases they are looking for authentic stories being told about their products and brands. Of course, not all dad influencers are writing about fatherhood. Many are writing about other subjects, like travel, automotive products, fashion, technology and DIY. Some of these men focus on product reviews and how-to instructions. Each of these categories are well suited for a combination of video and written content.

One of the main trends that both brands and influencers spoke about at Dad 2.0 was the continuing growth of video as a content format. Facebook had representatives on site teaching attendees how to use Facebook Live. One of the panelists at the Influencer Marketing panel spoke about the advantages of using live video in terms of engagement and reach. He said that a plain text piece of content will be see by 2% of your audience on Facebook, and an image will reach 8% of your page’s followers. Facebook Live or native Facebook video will initially reach 16 -18% of a page’s audience. In addition to Facebook live, we also now have Instagram Live and YouTube is rolling out live video to some content producers. As well as these video options, Instagram and Snapchat offer story tools which can include a mix of images and short video segments.

As dad influencers use stories to continue the conversation on the changing face of fatherhood, there are many opportunities for brands to participate in the dialogue.

For brands seeking to work with dad influencers and their established audiences, these seven best practices will help to ensure your success.