Touchdowns and Fumbles - From Banking to Sing-Alongs and Everything in Between - Veritas Communications
783
post-template-default,single,single-post,postid-783,single-format-standard,woocommerce-no-js,ajax_fade,page_not_loaded,,qode-title-hidden,qode_grid_1300,footer_responsive_adv,qode-content-sidebar-responsive,columns-3,qode-product-single-tabs-on-bottom,qode-child-theme-ver-,qode-theme-ver-10.0,wpb-js-composer js-comp-ver-5.6,vc_responsive 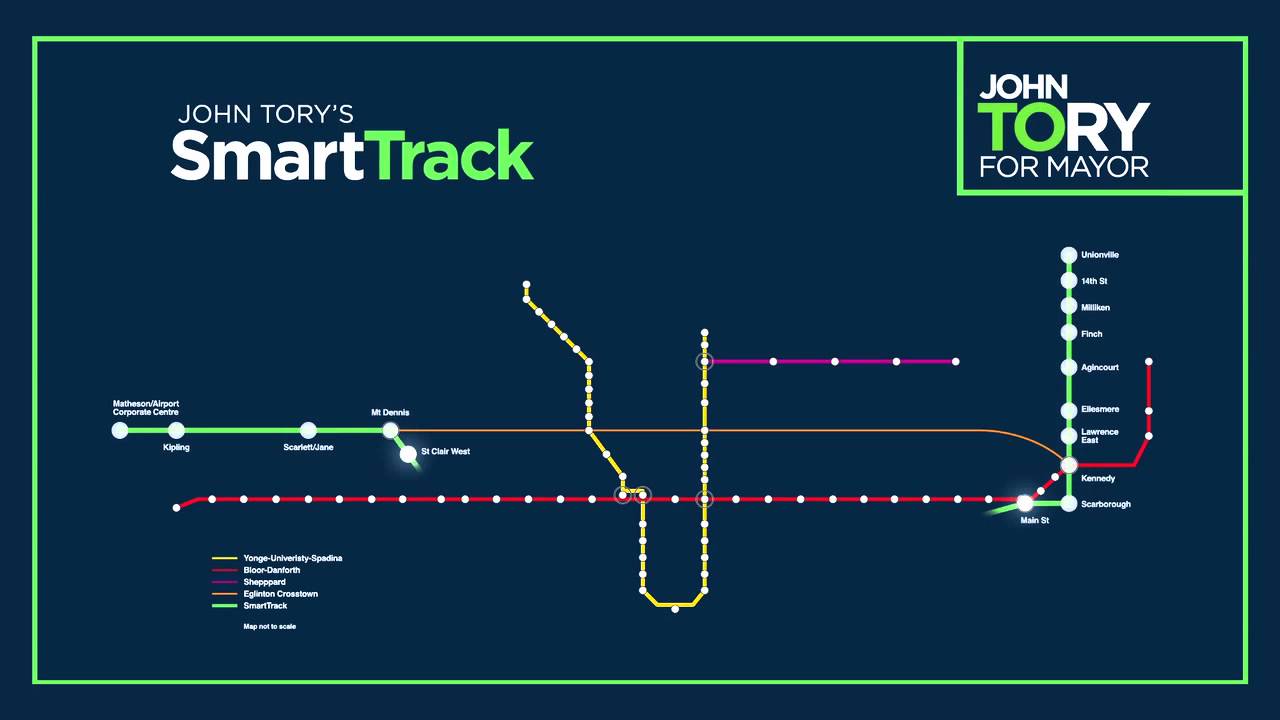 Toronto Mayor John Tory has spent even more time than usual talking about his “Smart Track” transit proposal for the city, which would see new surface-level heavy rail train service running through existing rail corridors to help Torontonians get to work and school and back home again. With existing TTC lines pushing the limits of capacity in rush hour, Tory made his transit expansion idea the centrepiece of his successful election campaign, and he has continued to move it forward during his time in office thus far. Smart Track has been back in the news this week in the wake of a city staff report which recommended making some major changes to the plan for the west end of Toronto – essentially swapping light rail for the original heavy rail idea – and Tory says he’ll accept that reco without a fight, because it makes good sense. But this latest spotlight on the whole initiative once again makes clear what a great job Tory has done in branding and communicating it from the outset. He didn’t just say he would lobby the province to expand GO service significantly within Toronto’s borders on an all day, frequent service basis (which, for most intents and purposes, is what Tory’s plan will largely resemble – and is something GO has been working on anyway as RER or Regional Express Rail). Instead, he named and branded his own concept, complete with colour-coded maps showing how his Smart Track trains would intersect with GO Trains and the TTC. Despite the fact that it would ultimately rely largely on funding from the senior levels of government and would probably be made operational under the Metrolinx/GO umbrella anyway, Smart Track is and will always be John Tory’s baby. By developing and owning the brand idea from the start, Tory has prevented any other level of government or transportation agency from taking ownership – even if they might ultimately end up owning and operating the tracks, trains, bells and whistles. It may still be conceptual ideas on a map, but the communications surrounding Smart Track is already a Touchdown.

The old maxim says action speaks louder than words. Sometimes, no action speaks even louder. That’s kind of what went down with the Bank of Canada this week, when governor Stephen Poloz announced that when it comes to interest rates, he’s doing, well, nothing. At least for now, anyway. It was widely expected that the BOC would cut interest rates a quarter point this week, hoping to provide at least a little juice for a moribund Canadian economy which continues to be battered by global oil prices, stock market indexes and a loonie all tanking day after day in lock-step with each other. But Poloz surprised the analysts by standing pat, saying he still expects the Canadian economy to grow this year as a result of the lower dollar helping Canada’s manufacturing/export sector (outside of the oil patch), as well as the yet-to-be-spelled-out stimulus package promised by the new Trudeau government. “The likelihood of new fiscal stimulus was an important consideration” in the decision to hold the line on interest rates Poloz said. What he’s really saying there is, “Over to you, Justin.” All analysts and pundits interpreted Poloz’s comments as clearly ceding the next play to Ottawa, with the Liberals now drawing up a maiden budget which they continue to stress will contain a whack of new infrastructure spending designed to help pump the economy by getting people digging, building and paving new transit, transportation and who knows what other kinds of projects. The bank’s move – or non-move – also sends a signal to the rest of the world that it’s not pushing the panic button just yet, as an interest rate cut would have given traders yet another reason to dump the loonie and shares on the TSX. Message(s) received, governor.

The annual World Economic Forum in Davos, Switzerland is a big deal. It’s like the Super Bowl for politicos, business giants, bankers, brokers and pundits. Hell, everyone from Israeli PM Benjamin Netanyahu to Microsoft CEO Satya Nadella to Bono are there. If you want the ears of those who really make things happen in the world, Davos is the place to be, and that’s why Prime Minister Justin Trudeau is there this week. He has a pretty important – and simple – message to send: that Canada is a smart place to invest and do business whether you’re in the oil business or not. And he’s sending it through speeches, private meetings and panel discussions, all aimed at trying to convince those who wield tremendous influence that Canada is more than hewers of wood and drillers of oil. “My predecessor wanted you to know Canada for its resources,” Trudeau said. “I want you to know Canadians for our resourcefulness.” That’s a designated sound bite, deliberately written into the speech for the purpose of becoming headline fodder, and it worked. He went on to tout Canada’s “diverse and creative population, outstanding education and health care systems, and advanced infrastructure,” along with “social stability, financial stability and a government willing to invest in the future.” Calgary Mayor Naheed Nenshi took some exception, saying he would have described Canada more like “resource-plus,” but no matter. The world already gets the resource part of the Canadian equation, it’s the others that need the emphasis right now. Trudeau’s words might not make much if any difference in the end (even his cabinet minister John McCallum, former chief economist with RBC, says it’s hard to shake the power brokers from their preconceptions), but they were the right words in the right place, so it’s a Touchdown.

Poor Sophie Gregoire-Trudeau. The PM’s wife was a special guest speaker at an event on Martin Luther King Day in Ottawa, ostensibly to honour former Prime Minister Joe Clark for his work on civil and human rights. But, overcome by emotion, she decided to spend some of her time at the podium to treat the room to an acapella rendition of a song of her own creation, something she had written for her daughter. Truth be told, she’s got a pretty good (IMHO) voice, and the emotion behind the gesture was utterly genuine. But, predictably, it has become punchline fodder, internet memes and the basis for all manner of remixes – and it became THE story coming out of the event. She should’ve seen it coming. But hey, she’s new. Still, don’t hold your breath for an encore.